The introduction of bronze was followed by that of iron, which is widely available. This led to concentrations of military power, to conquests and to the migration of tribes like these of the Celts.

Burial mounds can also be found in great numbers during the Iron Age. A great variety of urns is exhibited, and also a pair of bone skates. Also cremation remnants (pieces of bone) can be seen. When the Teutons moved in, in these (by that time) Romanized regions during the fifth century after Christ, they also brought their specific kind of pottery. This proof of the migration of the Germanic peoples is found in this town, and is also on exhibit. 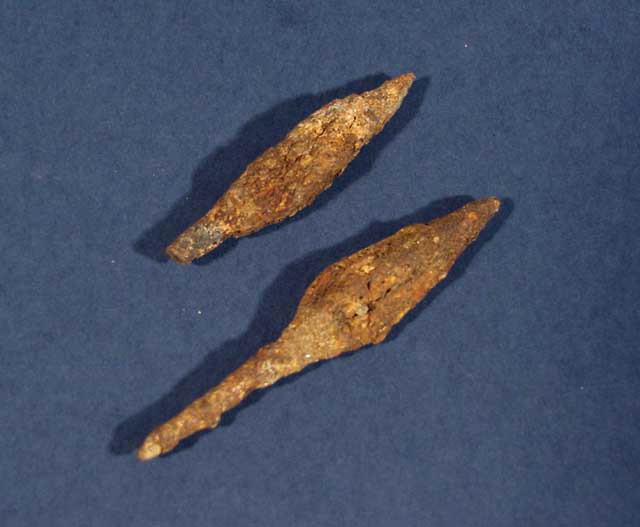