From the third and the fourth century after Christ, however, the pressure from the Teutonic tribes became so high that the Roman Empire finally collapsed.

During the Teutonic migration, tribes spread all over Europe.

The small Frankish realms were then united by the Merovingian kings and later by the Carlovingians.

This empire reached its summit under Charlemagne. During his rule, christianization was completed in the west of Europe.

After the migration of the Germanic peoples, power in this region passes into the hands of the Frankish rulers. A complete skeleton of a Frankish warrior is on display. You can see his sword (scramasaxe), spear, pots with death-meal and even the nails of his coffin. 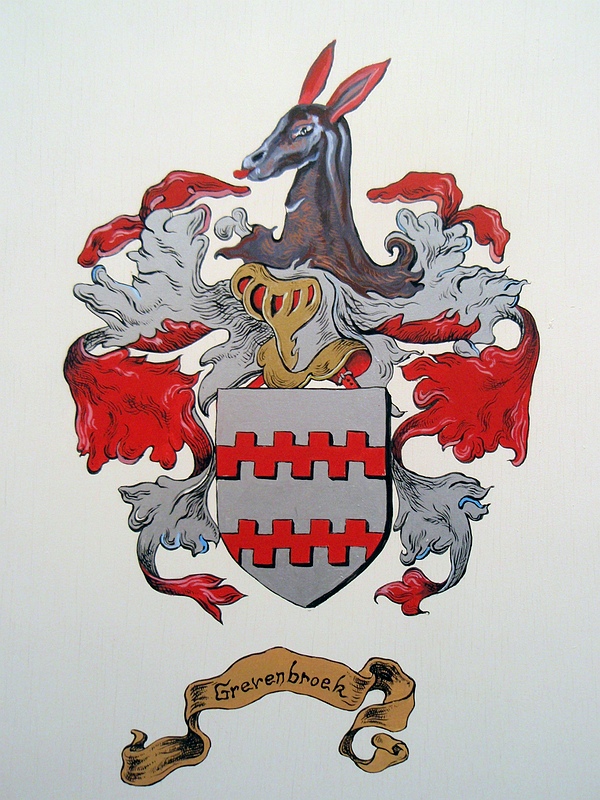 Typical of the Middle Ages was its feudal system. Achel, Hamont and Lille, however, constituted a monastic domain for a long time, which depended on the episcopal city Maastricht. In 1309 Willem II Van Boxtel became the first lay lord of the monastic domain Grevenbroek. From 1338 onward Grevenbroek became a free manor. In 1401 Grevenbroek lost its independence to the prince-bishopric of Liege. At that time Willem Van Boxtel had already built a round defence tower (some contend it to have been a windmill, though it had a moat and other defence systems).


In the fifth room, which is the so-called castle-room, the middle ages are handled. You see some larger maquettes of two of the castles in our village: the defense tower (a keep), called "De Tomp" and the castle of Grevenbroek. A large quantity of medieval earthenware has been found during the excavations near these castles and is exhibited (beer-mugs, saucers, china). Further you can also seen some canon-balls that were used during the sieges at the two castles.